The proposed Carmichael coal mine in Central Queensland has had funding refused several times and the Indian company Adani has reduced the size of the plans. Yet if approved, the mine would still be the largest coal mine in Australia and one of the largest in the world.

The economic benefits of the mine are not as strong as was suggested when the federal government indicated its approval.

The environmental impacts will be huge. These include use of groundwater, threats to local endangered species, and massive damage to the Great Barrier Reef, which is already ailing. The building of the coal mine will dump sediment into the ocean, coal dust will accumulate to levels toxic to coral, and increased CO2 levels in the atmosphere will accelerate global warming, coral bleaching and ocean acidification.

The increased CO2 emissions mean the building of the mine is not merely an issue local to Australia; it will affect the whole globe.

The Adani mine was first proposed in 2010, just before we arrived in Australia. It has met with many legal challenges and much opposition, yet the Federal Government (Liberal/National coalition) and the Queensland state government (Labour) seem determined to push it through no matter what.

Four years ago Tim Flannery wrote a piece in the Guardian about the Adani mine and said, “Australia’s cavalier attitude to its great reef makes little sense without knowing about its coal industry.” Coal provides 60% of Australia’s electricity, 50,000 jobs and is the country’s biggest export. (That’s according to Australia’s deputy PM, Michael McCormack, as quoted in a BBC article on 9 October 2018.) Unfortunately much of the Australian economy is linked to coal, and Australian industry is not looking ahead and trying to develop alternatives.

Given the short-term nature of politics, it is a little easier to understand why Australian politicians are supporting coal, even if it will kill one of Australia’s major tourist attractions. It was still extremely embarrassing to see Australia refusing to sign the ‘Powering Past Coal Alliance’ pledge at #COP23 in Bonn in 2017, and receiving the ‘Fossil of the Day’ award three days running.

I love the land, the ocean and the wildlife in Australia. I am about to apply for Australian citizenship and yet I am ashamed to be part of this system where short-term economic gains and political popularity are put ahead of the health of our planet.

I’m writing about the Carmicheal mine now because it appears that all Adani needs is one more approval from the Federal Government. The ‘Environment and Energy’ minister is about to approve their plan for managing groundwater. According to the #stopAdani website, this plan is flawed and, if put into effect, may lead to the permanent drying up of wetlands in the Great Artesian Basin. However, it seems extremely likely that approval will be rushed in order to get it done before the government goes into ‘caretaker’ mode before the next Federal election.

I’ve e-mailed the Federal Environment and Energy Minister to express my concern about the plan but I don’t know what else can be done. 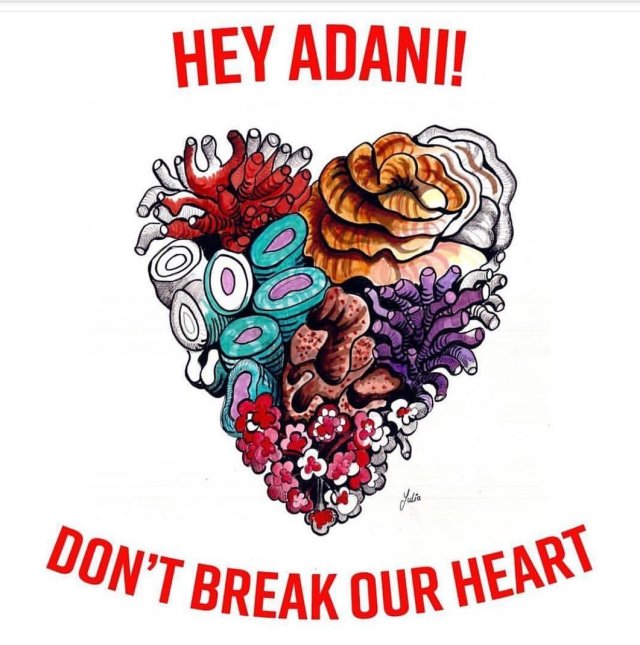 Amber made these for us at Easter.

The History of Tom Jones, a Foundling 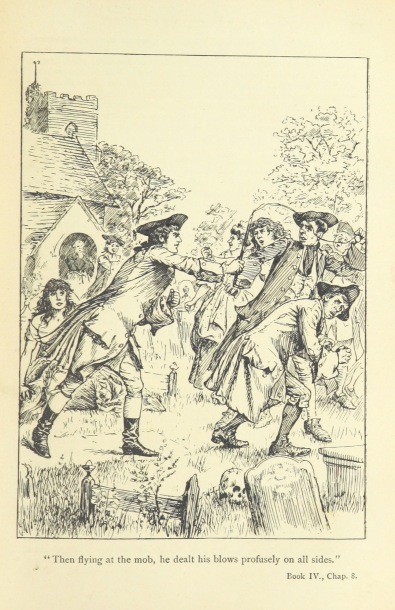 Tom Jones was written by Henry Fielding in 1749. Fielding came from an aristocratic family and went to Eton, but his father was a gambler and Fielding himself did not have much financial sense. After leaving Eton he started to study classics and law at Leiden and then left when he ran out of money. Before the 1737 Theatrical Licensing Act he earned a living by writing satirical plays for the stage. When staging political satires became a liability he went back to law, although he didn’t stop writing. His first novel was a parody of Samuel Richardson’s popular novel Pamela. In Tom Jones he tried to show that you could have comedy, realism and moral commentary in the same story.

Sir Walter Scott called Tom Jones “the father of the English novel.” In this context, a ‘novel’ describes real characters in everyday life, including their thoughts, feelings and motivations, as opposed to a ‘romance’ which describes a hero on a quest, having fantastical adventures. Walter Scott’s comment is rather unfair to the English writers who came before Fielding, such as Richardson and maybe Daniel Defoe. Notwithstanding the inevitable arguments about who wrote the first English ‘novel’, Tom Jones appears to have inspired later novelists in the realist tradition, among them George Eliot, Charles Dickens, who even named one of his sons after Fielding, and perhaps Mark Twain.

To very briefly summarise a convoluted plot, Tom Jones is born a bastard but is taken under the wing of Squire Allworthy. This positions him socially somewhere between the upper middle class and the working class. In my view at least, this makes him slightly more interesting than someone simply born into the middle class. The book is largely about the intended relationship between him and his sweetheart (but not lover) Sophia Western. Tom Jones gets into all kinds of scrapes, has sex with several women although never Sophia, and his tentative relationship with Sophia is disapproved of by Sophia’s father. We have bit parts for characters named Mr Thwackum and Mr Square. Yes, this is similar to the names that Dickens gave many of his characters and indeed Dickens was a big fan of Fielding’s work. But I found the first half of the book somewhat tedious, despite all the incidents involving Jones.

The story became more interesting to me in the second half after Tom leaves Somerset to travel to London. We see Tom in and out of different women’s beds and simultaneously trying to remain in Sophia’s good books. Then later we have the revealing of Tom Jones’s actual parentage (in a scene prescient of one of Agatha Christie’s detective stories).

Coleridge thought Fielding’s plot one of “the three most perfect plots ever planned”. Apparently, not that I noticed, the novel is structured symmetrically according to Aristotle’s principles: the beginning, middle and end each take six ‘books’. Furthermore, every action follows naturally from events that happen earlier in the story. Fielding makes sure he ties up all the loose ends in the final chapters and points out that all the wandering characters get money so they can settle geographically as well as emotionally and socially.

To my mind, resolving everything in this way seems contrived, especially compared to the later French and Russian realist novels which can have miserable endings. And the plot is not original. Or, at least, reading it more than 250 years later, it seems unoriginal. We have a main character who is no angel, who is poor but taken under the wing of a benefactor, going out into the world to have adventures and seek his fortune. Along the way he picks up a comic sidekick. By the end of his journey, the hero has found out what life is all about. It’s not quite the Hero’s Journey (as outlined by Joseph Campbell) but we’ve heard it all before.

Now, this is the stage at which I have to admit I didn’t read Tom Jones. I listened to the audio book. What is more, the audio book was an abridged version. This was not intentional but I’m not going to complain. So I missed all the commentaries on novel writing that Fielding includes at the start of each book in the novel. These are the commentaries that the author of the Shmoop notes says “helped inspire a whole group of British writers: the Realists.” Maybe I’ve missed out on appreciating Fielding’s contribution to the European novel by listening to the abridged version.

John Sessions read the book with feeling, especially in the terribly discomfiting scene with Lord Fellamar who has been encouraged by Lady Bellaston to rape Sophia. Nevertheless I kept feeling that the story would make a better film or play than a novel. The plot was reminiscent of one of Shakespeare’s comedies of mistaken identity. It didn’t surprise me at all to later discover (as I mentioned above) that Fielding had worked as a playwright for a while. Robert McCrum, writing for The Guardian admits that he first encountered Tom Jones in the film directed by John Osborne and starring Albert Finney, saying that Tom Jones “might have been made for the screen.”

I generally like audio books because they emphasise the author’s vocabulary and style. This was missing when I listened to Tom Jones. I was aware of the humour but not very often of why Fielding had specifically chosen each word. It is possible that this was a fault of the abridgement but I wonder if Fielding focussed too much on his plot twists, satire and moral judgement to pay much attention to language. Tom Jones was also more like Don Quixote than Middlemarch or Madame Bovary in that, despite being written in third person with an all-knowing narrator, we follow the hero’s exploits without much explanation of their (or anyone else’s) internal thoughts and feelings.

I enjoyed Tom Jones, despite my reservations mentioned above. The novel deserves descriptions like “rollicking” and “comic masterpiece”. I can see that it was ground-breaking in the history of English novels. Perhaps my dissatisfaction with the plot arises from an absence of what Ruth Nestvold calls “a basic eighteenth century faith in the order of the world”. Perhaps I would have appreciated the book more had I been privy to the author’s interjections about his aims in writing the novel, and how he was achieving them. Tom Jones may not suit everyone but I recommend the book (or audio book, or one of the dramatised versions) to people who are interested in the history of English literature, and also to anyone who enjoys comedy, adventure, a bit of smut and will not be put off by eighteenth century settings or language.